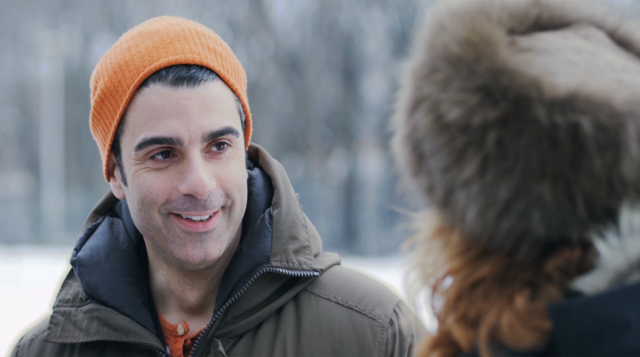 Friends, everyone needs them. Even if you don’t truly “need” them your life is enriched by them. Among your circle of friends, it is likely that you have that one person who is abrasive and rubs most the wrong way. They might be a jerk but they are your jerk and are often a barometer for the decisions you are making in your life. Phil Luzi plays the role of his namesake in the film “Chinatown” as one such caustic compatriot. What is simultaneously complimentary and unflattering for Luzi is that the on camera relationship is modeled after his real relationship with the main character and actress Precious. This actual friendship of more than a decade was something that actress/writer/director Precious Chong (daughter of comedy icon Tommy Chong) wanted to recreate for the film, although heightened for dramatic and comedic purposes. The interaction between these two actors is so relaxed in the film that the inherent affinity they hold for each other shines through…in spite of the character Phil’s less than endearing moments. “Chinatown” presents a unique and odd opportunity for the actor, portraying himself as other’s see him rather than as he knows himself.