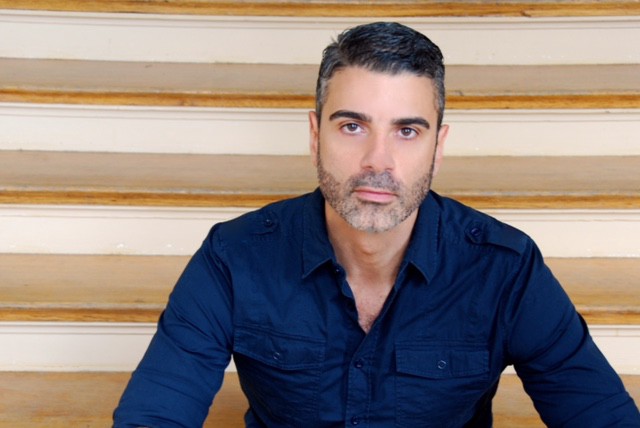 PLAYING AGAINST TYPE WITH ACTOR PHIL LUZI IN HELLMINGTON

If you are in a foxhole, surrounded by combatants, you likely want to be in that situation with someone who is well trained and has your unending trust. While being on a film set is a world away from the dire situation previously mentioned, there is one common aspect…who you are there with makes all the difference in the world. Just ask the cast and crew of the upcoming film Hellmington and they will confirm this. In addition to being a hit on screen, actor Phil Luzi cultivated quite a fan base behind the scenes. For those unfamiliar with modern horror film production, it consists primarily of nocturnal hours, the omnipresence of fake blood (like sand at the beach, you find it in places and wonder how it got there) and a lot of screaming. As with an amusement park, that can be fun for a couple of days or so and then it can become irritating. A glimmer of light can add so much to the darkness. A little cream sweetens your coffee. A little Luzi makes everyone laugh. Phil is known primarily for his comedy work at Second City Improv, or in films like “The Devil’s Tail” and “Chinatown” but he was excited to make his horror film debut in Hellmington. Having the inverse effect on Phil, this production brought a bit of the macabre to his realm. It was far from a negative experience however for this actor who has an eclectic set of skills and list of productions in which he has been involved. For Luzi, it’s about finding which crayon in the big crayon box he wants to use.

Read the full article on Medium