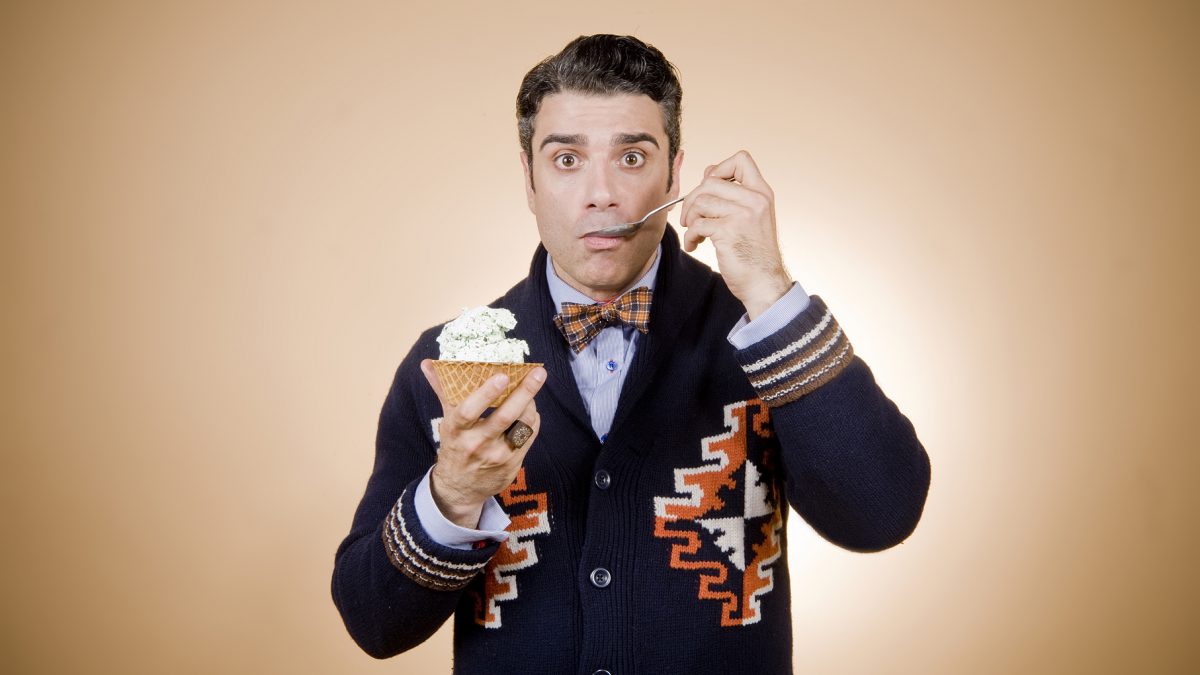 LUZI IS THE PERFECT ACCOMPLICE TO TERRIFIC WOMEN

Everyone loves Alejandro. Steph Kaliner & Sara Hennessey – creators, writers and stars of the improv comedy turned CBC Comedy – love him. Director Ally Pankiw loves him. Nobody loves Alejandro more than actor Phil Luzi, in part because he is Alejandro. This bartending, joke-cracking, stylish-dressing character gives Luzi the opportunity to do what he loves the most…dressing up, wearing wigs, and being someone else. Known primarily for his comedy acting (he also dabbles in drama, as in Hellmington), Phil has the comic timing and sensibility to make the role great but he’s really involved because he loves playing dress-up. Okay, that’s an oversimplification but Luzi is open in stating his love of inhabiting Alejandro who is the bartender for the fictitious cable access show depicted in “Terrific Women.” Taking place in the 70’s, “Terrific Women” perfectly nails the fashion, interior decorating, and social norms of 1974…much to the delight of Luzi. When the Canadian Broadcasting Company picked up the show, it was an affirmation that they understood the audience would see how Luzi and his cast members reveled in the comedy of the make-believe production. “Terrific Women” is a vacation in a time capsule to the early 70’s. To witness Phil performing as Alejandro on this show is to watch an adolescent who has just begun summer break from school.